Church of the Resurrection

Church of the Resurrection 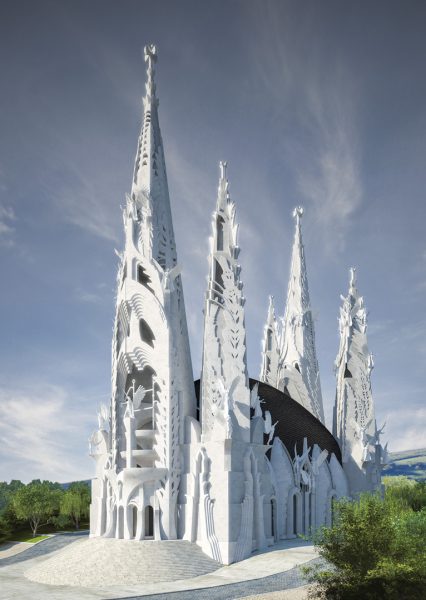 This church is one of the last designs of Imre Makovecz. It is considered the pinnacle of his oeuvre by his family, his students and the general public alike.

The late master prepared the first designs for the church in 2005 for an invitational tender announced by the local municipality of Budapest’s 12th district.

Before World War II, construction of a new church began on Vilmos Apor square, but the war, the soviet invasion after it and the decades of communist rule that it brought blocked the completion of that project. The semi-finished structure functioned as a services house first, then from around 1989 it was used as a night club of questionable reputation. In the years before the local municipality’s tender, it had been vacant.

The tender was won by Imre Makovecz but the designs remained unused since a clear, supportive decision on project implementation was missing.

In the beginning, the architect called the would-be building “The Church of the Sanctified and the Damned”. Those in the clergy who thoroughly understood his approach did not contest the theological foundation of this naming concept. Still, recognizing its potentially controversial perception, Imre Makovecz changed the name voluntarily and from then on he referred to the building by two alternative names: Saint Michael Church and The Church of Resurrection.

The design of the church, the biggest he would ever build, was constantly on Imre Makovecz’s mind despite the fact that no opportunity was in sight for actually implementing it. Short before his death he significantly reworked the designs. Although the floor plan preserved the dimensions of the structure constructed before WWII, the designs of the new church undoubtedly exceeded the scope allowed by the original location in terms of scale and character. Since then, the remains of the semi-finished building were converted into a usable facility, making the original site an unrealistic option for any further planning. 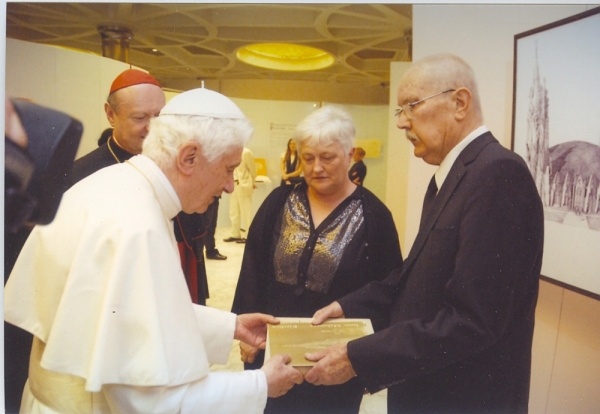 In June 2011, 60 artists from all over the world, considered by the Holy See the most significant artists at the time, were invited to the Vatican to celebrate the 60th anniversary of Pope Benedict XVI’s ordination to the priesthood. As one of the invited artists, Imre Makovecz could greet the Holy Father in person. The work he exhibited at the celebratory exhibition was the designs of the Church of Resurrection. Pope Benedict blessed both the church designs and their architect.

Since the passing of the late master, the Imre Makovecz Foundation has paid special attention to this exceptional design and project. For years, we have been working relentlessly to prepare for the inspired moment when this church can be implemented at a suitable location.