Imre Makovecz’s oeuvre is closely intertwined with the folk art movement that emerged in Hungary in the 1970s. His intellect and thoughts were a profound influence for the representatives of the so-called nomadic generation. Musicians, artisans, folk dancers consider Makovecz their master the same way as many architects do. They often asked him for his opinion and took his advice. He was highly respected and influential, and played a leading role in shaping their organic way of thinking and worldview of nomadic generation artists. Imre Makovecz’s charismatic influence on living folk art and contemporary art is still vivid.

Our host is the composer of the programme music played in the legendary Hungarian Pavilion in Seville. He will talk with guests and their students about the late master’s intellectual heritage, recalling great encounters, important moments and weighing in on future opportunities and the realistic chances of raising a new generation of like-minded artists.

For the “nomadic generation” grew into a tribe by now!

“My next guests are the members of the Vidák textile artist family. More than one generation of their family will grace us with their presence. We will talk with them about the milestones of their individual careers, the activities they have been engaged in and their key artistic creations. István Vidák and her life companion Mari Nagy started their careers in the early 1970s, embarking on an infinite and exciting journey of exploring folk art. They moved to the city of Gödöllő that became home to several generations of their family. Right from the start they have been experimenting innovators who do not regard Hungarian folk traditions and folk art objects as museum items. Instead, they channel these into their creations, filling them with life. István and Mari applied a unique approach to understand folk art and traditions: They themselves created folk art objects, built houses and played folk music that were like the originals. They were founders of the Folk Art Studio of the Young and passed on the spirit thereof through research in a number of areas. They researched and collected traditional methods of basketry, bulrush processing, the different textile making methods of cities and villages, and various forms of child games. Since 1979, they have studied and scrutinized felt making, also exploring the related customs and how this material was used in ancient Hungarian times.

The three key words of their mission are: research, create, teach.

In the course of these endeavours, they have visited several countries, most frequently Turkey, Kyrgyzstan and India, always striving to improve their craft and to find the ancient land of Hungarians.

As a most recent initiative, they hold open sessions at their workshop. Their educational work will be showcased in some form at the Makovecz Centre as well on 22 May, and some of their musician friends will also join us.”

Entry to our events is free but preliminary registration is required owing to the limited capacity of the House. You can register by email at office@makovecz.hu e-mail or by phone at +36 30 314 9321.
Entry without registration is subject to the availability of seats. 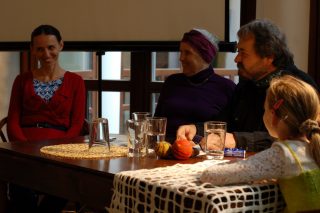 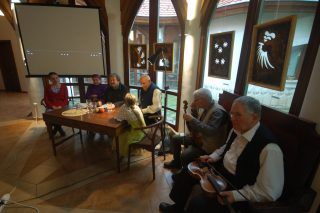 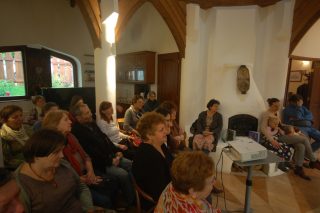 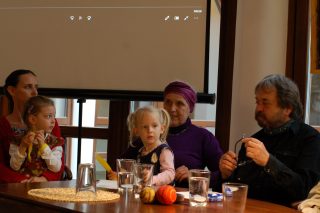 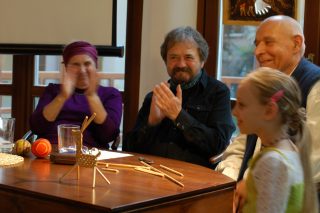 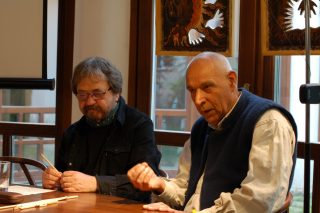 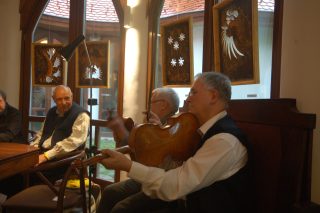 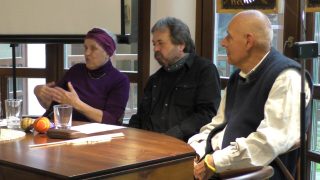